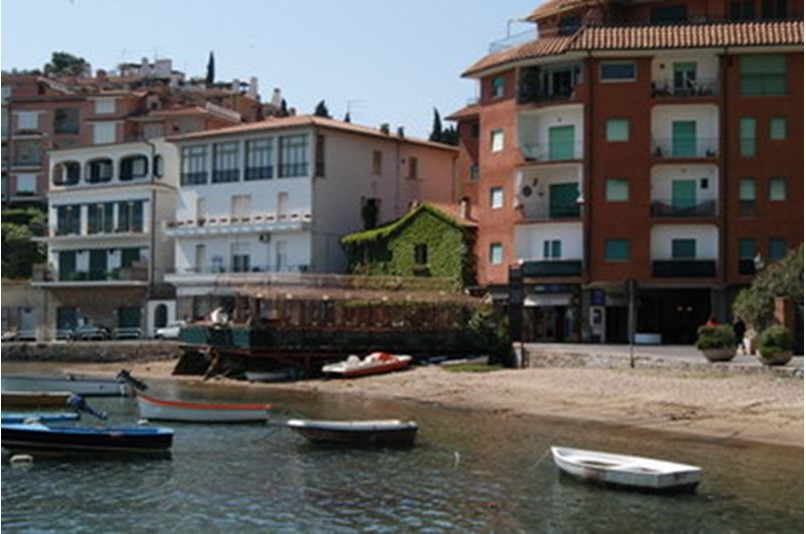 Port S. Stefano, situated in the northern part of the Argentario Mount, turns out to be the greater center of this cape. Because of its optimal geographic position sure was attended already from the antichi people who were annoying in the Mediterranean. Only the Roman however has left traces tangible of their remote presences and in their papers they indicated Port S. several Stefano with names, which Portus Traianus, Portus to Cetarias or Portus Incitaria. Under the senese domination that goes from the beginnings of the XV sec. to the half of the XVI to Port S. Stefano it marks it only a landing place of insignificant importance and subject to frequent piratesche incursions. To this period they go back the constructions of the Argentiera tower in 1442 and some coastal towers. The development of the center only began around to 1550 under Spanish Governor Nunez Orejon de Avila, and continued of equal step with the creation of the state of the Garrisons and the construction of the Spanish fortress (beginning of the XVII sec.) mail to control of the port. 9 May of the 1646 Port S. Stefano was conquered from the French in order then to return under the Spanish domination in the July of the same year, in 1707 with to all the state of the garrisons was conquered from the Austrians, in 1737 was of the Borboni and in this period the first demographic development was recorded deriving from the appropriation in the place of many coming from families from the Neapolitan, the island of Elba, and the Liguria.

The Cape Of Argentario